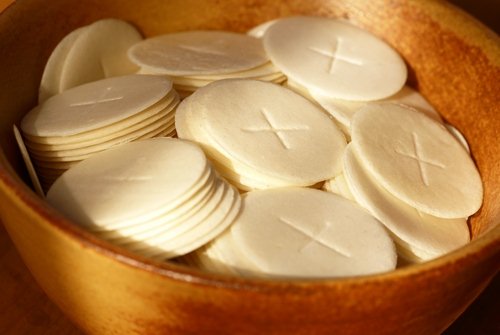 I was reading Thomas Hardy’s Tess of the d’Urbervilles the other day when at one point, a character described the eponymous heroine as “a crummy girl.” As with many of Hardy’s novels, which are full of 19th-century English West-Country dialect, there was an explanatory note. I was going to pass over it, as there are many such notes, and I don’t want to interrupt my reading flow by stopping for each one. Plus, the meaning was pretty clear from the context: it obviously meant attractive.

Still, I checked the explanatory note anyway, as I was struck by the contrast in meaning between this word and the American-English crummy or crumby, meaning of poor quality or character. The note didn’t provide any history of the word, just confirming its meaning, so I did some research.

I’d wondered if the similarity between the two adjectives were just a coincidence, and they actually shared differing origins, but both do actually come from the word crumb. Crummy meaning attractive is the older meaning, being in common use in 18th-century Britain, and surviving into the 19th in certain dialects. The specific idea behind this was seemingly to describe a woman as buxom and plump, like freshly-baked bread.

By the middle of the 19th century, its negative meaning had become common, initially meaning shoddy or poorly-built. This was probably inspired by the idea of the easily-crumbled nature of crumbs.

And of course, now that I think of it, Crumbs! is also a fairly common American-English ejaculation. It’s easily-enough explained as a substitution for Christ! I wonder though, if on some level it’s also linked to the belief in some Christian denominations that in the ceremony of the Eucharist, bread is transformed into the body of Jesus Christ. Perhaps then it becomes a sneaky way to seemingly avoid swearing, but still reference Christ.

But back to crummy, and one last little factoid: the reason crummy and lousy are synonymous is because lice were nicknamed crumbs, due to the resemblance! Enjoy that next time you’re having a sandwich.