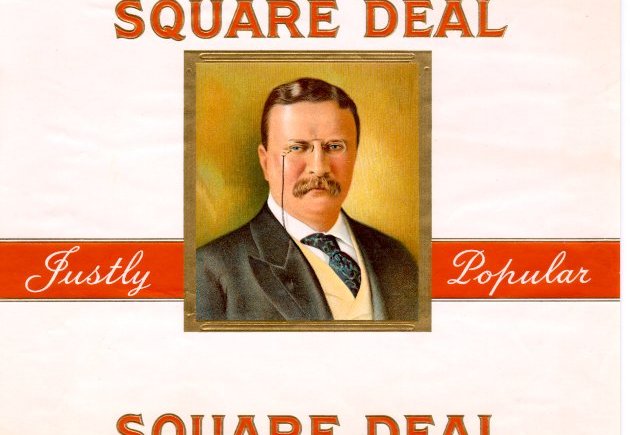 Squares probably aren’t as interesting as circles, but they still seem to occupy our minds more than most other shapes. You can see that in the way we have so many expressions in English with the word square.

There’s a square deal, for example, meaning an honest, fair deal, specifically one which is satisfactory to all parties. What’s square about such a deal though? The best way to make sense of it is to imagine there are two people involved in the deal. Whatever way they approach the deal, it looks the same, because all sides of a square are equal in length. This also works if the square is being divided between the two people making a deal. Whatever way you cut it down the middle, both parts will be equal. All this also works for four people.

I think squares also have this reputation for straightforwardness and honesty because of their regularity and, for those who like order, pleasing right angles. Of course a circle is perfectly symmetrical too, but the constant curve of a circle gives it a more mystical, transcendenct feeling, which is why so many people have always been fascinated by them. But a square feels much more regular, more practical and realistic. More straightforward.

It’s from this sense of square that we get the expression to square things with someone, meaning to settle things, or make things OK. This is also where the expression a square meal comes from. Some have claimed that it comes from the Royal Navy’s use of square plates in the past, but there’s no record of the expression ever having been used in this way. Rather, it’s just an extension of the sense of straightforwardness and honesty of a square deal.

And this idea extended to people, with a person capable of being a square individual. Only now of course, if you think of someone as being a square, it’s generally an insult, meaning that they’re boring or uncool. This sense comes, like a surprising amount of the English language, from jazz. Someone who didn’t get the music was referred to as a square. This makes sense to me, as the rigidity and symmetry of a square doesn’t really match the loose, free-flowing nature of jazz. Plus, even if the qualities originally associated with a square individual were positive, you can have too much of a good thing, and someone who’s always straight and honest can get a bit boring.

I suppose in life we need people of all shapes and sizes, to make things interesting.

4 thoughts on “A Square Deal”