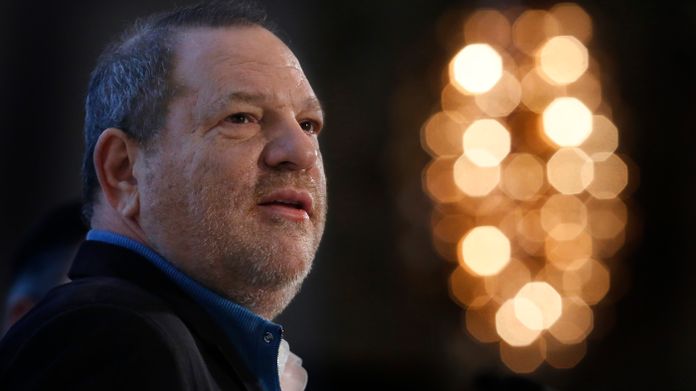 Obviously there’s been a lot of reports of sexual harassment lately, largely because of the initial reports about Harvey Weinstein.

I don’t really have anything to add to everything that’s already been said and written. I am curious about that name Weinstein though.

Like most English speakers, I’ve always pronounced it as WineSteen. A few weeks ago though, I was watching the news on a French channel, and (reporting with a faint air of bemusement that les Américains were treating this as a serious affair, but that’s another story), they pronounced it more like Wineshtine.

The digraph ie is usually pronounced ee in German, by the way. An easy way to remember how to pronounce each ei or ie is to note that the sound is the same as the second letter’s name in English. Or just think about Albert Einstein and Justin Bieber. I’m sure you think about both gentlemen regularly anyway.

So the French newsreader’s pronunciation (also repeated by his Walloon counterparts) is fairly logical. And it’s not surprising that they’d pronounce it in a close approximation to the original German. Sharing a border (and in the case of Belgium, there are a few thousand German speakers in the east of the country), they’d be familiar enough with German pronunciation.

Why then don’t we pronounce it that way in English? I think not pronouncing the sh sound in the middle is understandable enough, considering S on its own in English isn’t usually pronounced that way. As for pronouncing the vowel sound in the second syllable differently, I think that’s because repeating the same syllable would sound a little too singsong and be hard to take seriously.

Still, we have no problem with Einstein. That is a little odd and seemingly contradictory. But, I think we can chalk that up to our veneration of Einstein, placing him in a position far above his name sounding silly or not. Plus, we’re so used to hearing the name that it’s become normal, transcending the odd way it would sound if it were less familiar. And I think we don’t pronounce Weinstein the same way because it would sound too much like Einstein, and that would sound weird, as Einstein occupies a position beyond being just a surname. It’s like the way we don’t use the name Jesus in English. Or Adolf…

So, are we pronouncing Weinstein wrong then? Not really. It all depends on how people with that surname choose to pronounce it. If a German speaker pronounces it with the same vowel sound in both syllables, then I think we should pronounce it like that when referring to them. But if an English speaker pronounces it like Winesteen because it’s more natural for them, then we should respect their choice too and follow suit. As I’ve said before, names often change their sound when they travel, to adapt to the pronunciation conventions of another language.

So you can keep pronouncing the name that way you do. Just don’t do what Harvey’s done.

7 thoughts on “Harvey Weinstein: Doesn’t Sound Right to Me”