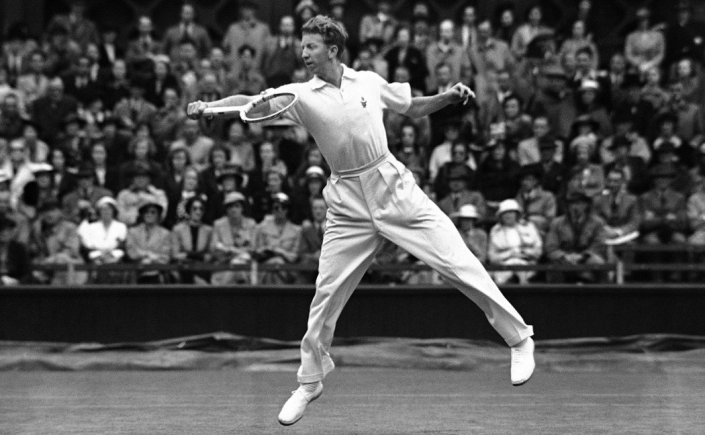 Watching Roland Garros this summer, I learned a new French term: Le Grand Chelem. Not that it was very new, as it’s not different from an English term I was already aware of.

It perhaps doesn’t surprise you that it’s the French for Grand Slam, the term that can refer to simultaneously holding the titles of the four major tennis tournaments (the Australian Open, French Open, Wimbledon, and the US Open), or the tournaments themselves.

You may be thinking, as I did at the time: Why don’t they just say Grand Slam? It’s not that hard to say, is it? And Grand Chelem doesn’t really sound very French (here, have a listen at about the 22-second mark, the first E is barely pronounced so it sounds quite like Grawn Shlem):

I thought about this for a little bit, and then realised that there aren’t any words that begin with Sl in French, and that pronouncing Sl as we do in English would be quite difficult. It was necessary then to change the pronunciation a little to make it suit the French palate. It would have been entirely possible to say Celem, with the C sounding like an S, but then the syllable would have to be stressed, and it would sound like Grawn Sellem, and obviously that would be silly. So even if it sounds a little odd to our ears, Grand Chelem is actually the closest approximation of Grand Slam that follows the pronunciation conventions of the French language.

It’s funny to think though, that despite all the similarities between the French language and English, it doesn’t contain the sound Sl. It’s such a common sound in English that it’s hard to imagine that it might prove tricky for a French speaker. We tend to think that languages sharing an alphabet all are basically similar. They might have some different sounds, sure, but it might be hard to imagine that a simple letter combination such as sl is not possible in such a widely-spoken language as French.

Imagine all the words they’re missing out on: sleep, slinky, slime, slacks. Not that a French speaker can’t say these words. If they’ve learned some English then they in fact can pronounce these words in relative comfort. It’s just that, when it comes to officially bringing a word like Grand Slam into the French language, it makes sense to make it easy to pronounce for all French speakers, regardless of their knowledge of English. Which is why something as seemingly odd as Grand Chelem is actually fairly logical when you look at the steps involved. Though for an English speaker, it does sound strange to hear something like:

The term Grand Slam, by the way, is also of course used in golf, but French speakers don’t really talk about professional golf. They much prefer tennis. The term actually doesn’t originate with golf though. Slam has been used to refer to a winning hand in the game whist since the 17th century, and grand slam came to be used to refer to the best possible hand in various card games in the early 19th century. It came to generally mean great success in the 1920s, and was first used in reference to golf when Bobby Jones won the Grand Slam in 1930.