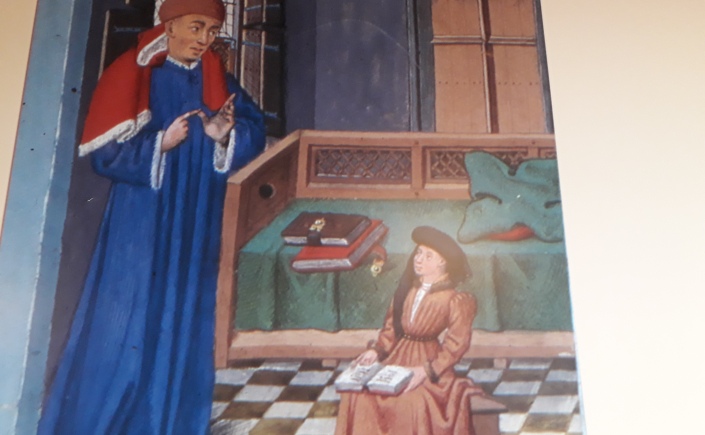 Good question. And I think it’s one I’ve answered here and there across different posts, if not all in one go. It’s a question I’ve been asking myself more often recently.

I spent most of last year learning and using French, as I so often reminded you. Learning pretty informally mind you, as I never took any actual French lessons, though I sometimes wish I had.

Now, I’m back in Ireland and don’t have any immediate, obvious stimulus to learn a second language. At work and in my personal life I only need to use English. In fact, most of the time I only can use English, as attempting to use any other language would usually only lead to confusion. Comme ça, dtuigeann tú?

When I first arrived back in January, I wasn’t too pushed about continuing my efforts. Partly there was of course the lack of pressure to do so, but I think it was also just a bit of a relief not to have to put in the mental effort necessary to learn and use another language. And believe me, it is a lot of effort.

In the last few weeks though, I’ve started yearning to get back into learning again. Partly I think that’s because I’m surrounded by people learning and teaching English every day at work. But mainly I think it’s because I just miss it.

Learning and using another language is simply interesting (to me, anyway). Noticing the little patterns and idiosyncracies of a language, the ways in which it’s different from English: I really enjoy those aspects of it. And I actually find that thinking so much about another languages gives me lots of ideas about English to write about. And of course there’s the immense satisfaction of getting something right, of making yourself understood, or figuring out something tricky.

And there are advantages to learning a language. It helps your general cognitive abilities, particularly in terms of noticing patterns. I also think it helps you become more open minded and empathetic. It’s not like different languages always involve different ways of thinking, but it’s certainly true that the different structures of languages do help you to see things another way, and make you more aware of other cultures.

It can also be a social thing if you learn as part of a class. And that’s the best way to do it, by speaking to other people and actually using the language.

And most importantly of all, you learn something new. For me, that’s reason enough to learn a language. Learning can be for its own sake: there doesn’t have to be a practical goal involved. You sit down, look at a book, listen to someone, or talk to someone, and afterwards you have new knowledge: that’s amazing in itself, isn’t it!?

So, I’ve decided I’m going to do some language classes. I’m going to do them in either Irish or French, as I’ve got enough knowledge of both built up to maintain a decent level by going to classes (my little Italian wouldn’t really be worth developing sadly, but I hope to always keep it in my head). I’ll probably go with Irish, simply because I have more passive exposure to it in my daily life, and I’ve no experience of learning it outside of school. I’ll still keep my French alive with Duolingo, and a few days in France before the summer though.

I have to admit I’m quite looking forward to getting back to being a language student again. How about you? Are you planning to learn any languages?

39 thoughts on “Why Learn a Second Language?”