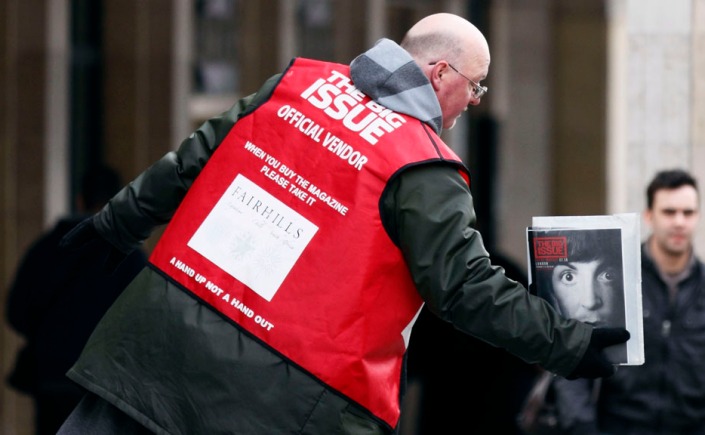 Do you want to keep track of some the most important issues in the world today? Maybe you could pick up an issue of the magazine The Big Issue to read about them.

Another of those multi-talented words, isn’t it? It came to my attention recently, and it seemed a good candidate for one of my sessions of thinking about a word with different meanings, and trying to figure out if there were any link between them.

The first word that came to mind, once I started thinking, was out. Most uses of issue seemed obviously to be about moving outward, or being released. An issue of a magazine is published, or released, out from its office, to the general public.

This connection is more obvious with some more archaic uses of the word. You might issue forth from somewhere (go outside). If you get cut, blood might issue from your wound.

OK, pretty straightforward, but what about when we use issue to mean problem, or contentious situation? What’s the link there?

Nothing seemed obvious. Maybe, I thought, it’s from the idea of someone complaining, speaking out (loud), bringing their problem to light. Or maybe it’s from a development coming to light, becoming known, emerging from obscurity.

There might have been something there, but I couldn’t be too sure.

And as I suspected, the word comes from that old prefix ex-, which keeps coming up. Specifically, it comes from the Old French issue, which was derived from issir, a form of the Latin verb exire, meaning to go out, or pour forth.

Now that I know it’s all related, I can rest easy as its provenance isn’t an issue for me anymore!