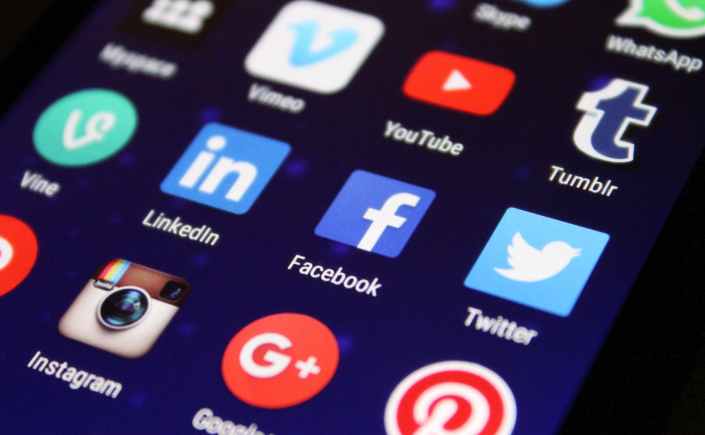 You’ve probably noticed this phrase (and of course you hate to see it) online in the last year or so, particularly on Twitter. I’ve got no patricularly strong feelings about the expression itself, but it has made me think a lot about how language spreads, and how that’s changed recently.

Cast your mind back about two years: how often did you encounter the expression? I expect your answer lies somewhere between not very often and never. And yet it’s everywhere. You could try to pinpoint exactly where it came from, and what about it makes it popular, but I’m not too interested in that. I’m more curious about it as an example of how certain expressions or linguistic forms now spread (and disappear) so quickly.

It’s a meme, in the original sense of the word: an idea, behaviour, or style, usually with a symbolic meaning, that spreads through imitation. This has long been an aspect of language of course. When we’re young in particular, we imitate language we hear from our peers, or from different media, often unconsciously.

But the internet has greatly increased the rate at which memes spread. Partly because there’s no delay with the internet, and there’s such a profusion of content online. We don’t have to wait for memes to slowly filter from, for example, one film, spread gradually and verbally by those who’ve seen it, perhaps months after its original release in a different country, and then, if that meme has legs, over the years as it’s repeated by other public sources of language, like other films, TV, or advertising.

Instead, now, if someone tweets a phrase, it can be copied immediately by their followers, and then by others who see those tweets. It’s the same basic memetic process, only much faster, and language spread in this way also therefore falls out of fashion much more quickly.

Again, I don’t mean to complain about this. It’s an inevitable result of just how much access we have to the written word, and to the ability to write. Even if I feel a little annoyed about it sometimes, because it’s not how things were done in my day, I accept that it’s a pretty natural process.

One side-effect of it that I do lament though, is its tendency to homogenise language. Most of those writing in English online, particularly celebrities, are American, and their American English tends to be picked up by non-American English speakers.

Again, there’s nothing inherently wrong with American English. And American English has always had a strong global influence through popular culture. But I’d be sad if this contributed to a decline in use of local dialects and slang. Or if it just led to a lack of variety in language use in general, as these expressions tend to be everywhere very quickly, and be used in place of more everyday expressions. One of the great things about English is its great variety, and it’d be a pity if we were limited to using the same few expressions for a few months, until we changed to the next meme.

Still, I don’t think that this is the ultimate fate of language. Another aspect of how life has changed thanks to the internet makes me think there are more developments in store. We now have access to incredible amounts of information, and means of communication, and that means that anything can be analysed and critiqued as soon as it gains attention. I noticed this in googling the expression I’m writing about, finding out that I’m far from the first person to have noticed and pondered its spread.

I think the level of immediate hyper-analysis online will lead to an increased awareness of the memetic process, and with that awareness, perhaps a conscious move away from it. A little bit like how we become aware that we’re breathing, and then have to consciously breathe, becoming aware of an unconscious process suddenly changes your relationship to it. And I suspect that when we become conscious of how we imitate others through the memetic transfer of language, and the internet is filled with think pieces about it, we’ll consciously try not to imitate popular expressions, and mock those who do so.

And seeing how quickly expressions pop up and disappear, and how quickly the internet picks things apart, I think the memetic bubble will burst, and all this will happen soon. And what then?

It’s hard to say, but I wouldn’t be too surprised by some sort of post-modern linguistic landscape, in which all modes of language are open to all to use in all situations. You can already see that to an extent in the much more informal English of online journalism compared to its forebears.

I think that this could also laed to groups deliberately choosing certain linguistic styles, and banding together to share them online. Like Mad-Max style roving gangs wandering a post-apocalyptic landscape, brought together by a shared style.

You love to see it.

4 thoughts on “You Love to See it”