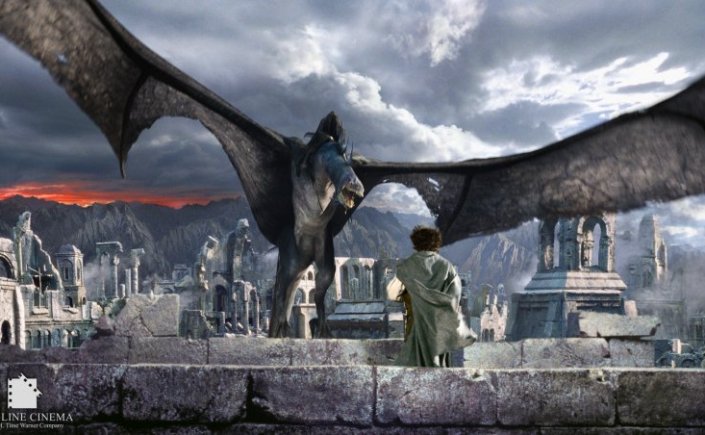 In a news article today about the new US tax bill, the writer said:

In one fell swoop, the Republicans have introduced some of the largest changes…

In one fell swoop is a pretty common phrase, perhaps almost to the point of cliché. But where does it come from, and what exactly does it mean?

The expression, like so many more, comes from Shakespeare. It’s spoken in Macbeth by ***spoiler alert*** Macduff when he discovers that his family have been killed:

Macd. […] All my pretty ones?
Did you say All? Oh Hell-Kite! All?
What, All my pretty Chickens, and their Damme
At one fell swoope?

Here, Macduff is comparing the murder to the actions of a bird of prey (hell-kite) killing a nest of birds (It doesn’t sound like the kind of metaphor you’d use on learning your family had been murdered. Or, in fact, that you’d use a metaphor at all, just saying…).

The swoop part is pretty straightforward: it’s the movement of the bird. But what does fell mean?

And yes by the way, the word is fell, and not foul. If you’d always thought it was one foul swoop, don’t worry. I can assure you that you’re not alone. Even I, when I was young, though it was foul. And that’s understandable because, I’ll ask again, what does fell mean?

It’s a now quite old-fashioned adjective meaning cruel (so it makes sense in the context for poor Macduff). The word can probably be traced back to the Medieval Latin fello, meaning villain (which is also probably the source of the word felon). J.R.R Tolkien fans might remember the fell beasts from The Lord of the Rings: the terrible winged beasts ridden by the Nazgûl after they lose their horses.

The expression has lost some of its original negative meaning, now often referring to a swift, sudden action that may or not may not be cruel. And that makes sense, considering most normal people don’t know what fell means (except of course as a verb, as in I nearly fell off my chair when I learned what fell means). Though for plenty of those affected by the tax changes, it’ll be quite a fell swoop.

I still keep thinking back to poor Macduff, so traumatised by his loss that he could only express himself in the form of spontaneous poetic metaphor. I feel like Shakespeare came up with the expression one day while on a walk, and seeing a kite swoop in to kill some prey. He then tried to find a situation he could use it in, and Macduff’s family fit the bill. Given how many words and phrases he introduced to the English language, I’m sure that happened to him a lot.

9 thoughts on “In One Fell Swoop”