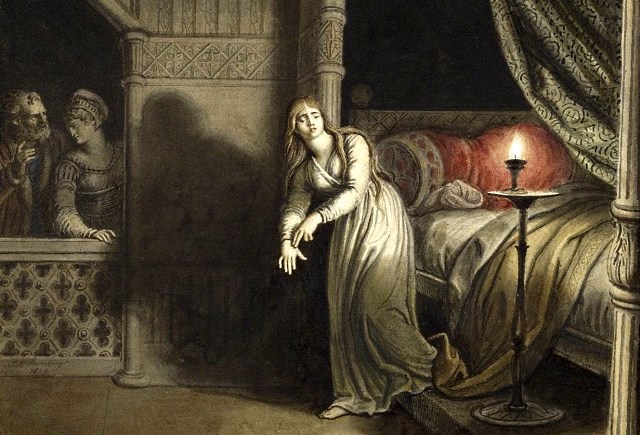 I was thinking this morning that the word spot is one of those simple unassuming words that actually has a lot of quite different meanings, and can be used as verb and a noun.

I find it particularly interesting in that it began with a more abstract, poetic meaning, and later on came to be used in more mundane ways.

It first appeared in the early 13th century, and meant moral stain. It was probably derived from the Old English splott, meaning a blot or patch of land. Within about 100 years though, the word had come to refer to specks or stains in general, and not solely a moral stain, taking on some of the more mundane meanings of the word it had been derived from in the first place.

Though of course the sense of moral stain still lingered on somewhat. You can see it in the line from Macbeth I used in the title. Lady Macbeth is referring to a bloodstain on a shirt after (spoiler alert!) the murder of King Duncan. The line also refers to the guilt which can’t be erased after the commission of the crime.

As a verb, to spot originally meant to mark with a spot or to stain, and came into use not long after the original noun. Its current meaning of to see or to notice comes from the early 18th century, and was originally used colloquially to refer to a criminal or suspected person, with the idea being that one was metaphorically marking them as morally unsound. The more general meaning we’re now familiar with came about in the mid-18th century.

It’s been a strange journey then for spot, with quite a few shifts in meaning. And maybe it’s not finished. I’ll check back in in fifty years and see what it means then!