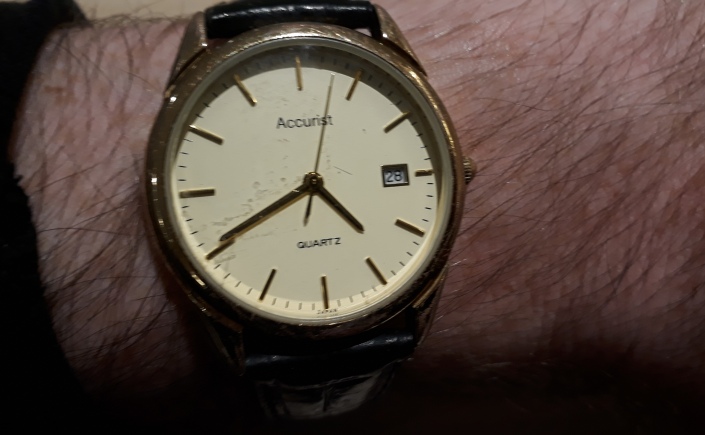 A pretty straightforward question generally, but one with a surprisingly complex range of possible answers.

I was thinking about this recently during a lesson when we were looking at how to say the time in English. (I’d pretend I was having some profound thoughts about the passage of time on New Year’s Eve, but as you can see from the header image I’m writing this on 28 December).

It’s something that every English teacher ends up teaching now and then in lower-level classes. And it’s generally pretty simple, divided into two basic systems, American English and British English.

The American system is the easier to get the hang of, as you say the hour, then the number of minutes. 12.15 is just twelve fifteen. Easy, though there are I’m sure many regional variants. I know for example that ‘Ive definitely encountered something like It’s a quarter of three in many American books.

The British-English system takes a little more getting used to. You have to remember your halves and quarters, and whether to say past or to. And then to is tricky, because you have to calculate how many minutes remain until the top of the next hour. There are again some specific variations. In Ireland (and I think perhaps in some parts of the UK too) it’s quite common to say It’s half seven instead of It’s half past seven. I’ve seen this confuse people on many occasions, as they’re not sure if it means 7.30 or 6.30 (i.e. “half of seven”).

The potentially confusing element of both systems is that we only use the numbers between 1 and 12 when speaking about time. In other languages it’s quite common to say the equivalent of It’s fourteen twenty for 14.20.

Still, there’s nothing hugely complicated there that people can’t get used to in time. But while refreshing some of the basics of telling the time in this lesson, I began to think about how we really talk about the time, at least in British English. Having refreshed the students’ memories of using past and to, I then decided we’d do a little practice, beginning with asking them to tell me the current time.

It’s… twenty-two past three, one of them said. Which of course seemed correct based on the rules we’d gone through, but I thought to myself, No-one would ever really say that. It’s not simply the case that for everything up to 30 minutes past the hour, we say past. We also tend to only refer to multiples of 5. In the British-English system anyway. I don’t think Americans would have any problems saying It’s two twenty-three, for example. But I’d say something like It’s about twenty past two, or It’s just after twenty past two. Or, if I’m feeling particularly daring, I’ll simply lie and say It’s twenty past two.

Why do I, and so many others, do this? Why not just say the exact time, as speakers of American English, and many other languages, are happy to do? I thought at first it was because it’s usually shorter to use a multiple of five, but that’s not always true. The numbers from 21 to 25, for example, all have the same number of syllables.

I think it’s more to do with analogue watches (or just watches, as they used to be known). Those twelve marks or numbers running round the face really draw your attention. The space between them feels like an absence, so we’re drawn more to the multiples of five, which we also of course use for the hours, so we’re also simply used to using them. And of course we like the multiples of ten because they’re round numbers.

I think this has also affected our lives beyond language. Have you ever set an alarm for a time like 07.58 or 08.03? If you have, you’re probably in the minority. Most of us will set it for a nice round number like 08.00. And then when we wake up, but feel like talking a few extra minutes in bed, we’re not going to get up at 08.03 or 08.04, are we? No, it makes much more sense to wait until 08.05, doesn’t it? You might even know someone who will only set the volume on their TV to a multiple of five.

Perhaps this is going to change in time. Most people are now used to looking at the time in a digital format, probably also using the 24-hour format, on their phone or computer, so perhaps we’ll get used to referring to the time in a more straightforward manner. Some of us though, will probably never be able to set the volume to 23.

And that’s 2017 done! It certainly flew by. In the real world it was a mixed bag, to say the least. No year can be perfect if it includes the right of Nazis on the streets of the United States, being enabled by the American president. In this little corner of the internet though, it’s been very busy and interesting. Thank you all for reading and sharing your thoughts. Here’s hoping you have a great 2018: I’ll see you then!