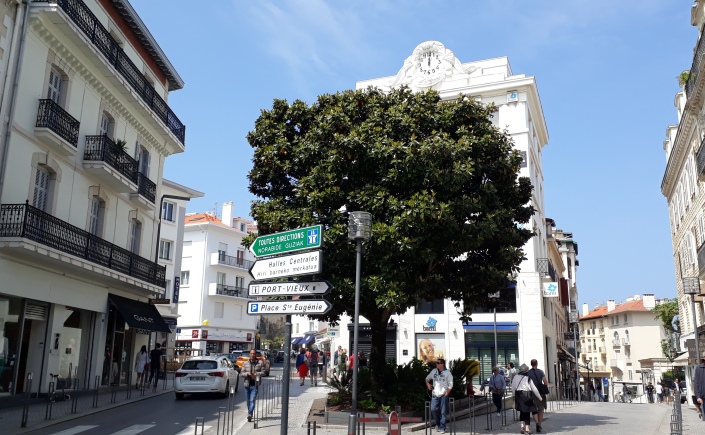 Yes, I’ve been away for a little while again. Between Saturday and Thursday, I was on a well-earned holiday to the Basque Country.

If you’re not familiar with this part of Europe, it’s a region in the western Pyrenees that includes a little bit of the southwest of France, and the northeast of Spain. I based myself in Biarritz, but also travelled to some lovely spots like Bayonne, San Sebastián, and Bilbao. I had a great, relaxing time, but you’re not here to hear about my holidays.

Linguistically, inevitably, the Basque Country is a fascinating place. People there of course speak French or Spanish, depending on their nationality, but also the Basque language. This language pre-dates the various Indo-European languages that our modern European languages are descended. As a result, Basque bears no relation to any of the other languages around it.In fact, it’s what’s known as a language isolate, a language that shares no common linguistic ancestor with other existing languages at all.

It’s not surprising if you visit the Basque region, and see and hear first-hand just how different it is from French and Spanish. Basque Country, for example, is Le Pays basque in French, País Vasco or Vasconia in Spanish, and Euskal Herria in Basque. In Basque Spain in particular, where the majority of speakers live, you’ll see a lot of bilingual signs (and some with French too), and even if you’re not so familiar with Spanish, it’s easy to spot Basque by its relative predominance of K‘s.

No-one’s quite sure about the history of the language, but it was more than likely part of a group of similar pre-Indo-European languages, all of which died out except for Basque. Maybe it survived due to the common identity shared by the Basque people and the desire to retain the language as part of their shared culture. It’s another great example of how complex and culturally rich this little continent of Europe is. Within this small region you can expect to hear four quite distinct languages spoken proficiently (including English of course).

Not that I heard much English, as the trip was a great opportunity for me to practise my French. It was great to be immersed in the language for a few days, and not have to resort to speaking English. I could have of course, and once or twice people replied in a little English when they saw I wasn’t a native speaker. Mostly though, I started things off in French and we continued that way, as I was clearly comfortable enough speaking it. Which was nice, and I hope some people appreciated a touriste making a little effort and not assuming they’d speak English for me.

The most interesting experience with French was in San Sebastián actually. As it’s popular with French tourists, being so close to the border, a lot of places had signs and menus in Spanish, Basque, and French. When I was ordering lunch in a restaurant, I therefore did it in French. What made it unusual was that it was one of the rare occasions when I was the more confident French speaker than the other one, and I had to grade my language, keping it simple and clear, the opposite of what I was doing in France (i.e. trying to show off what I know, basically).

A lot of language learners don’t like speaking with someone at a lower level than them, as they feel they’re not getting good listening exercise, by not listening to someone who speaks fluently. However, it’s actually quite a useful exercise, because if makes you think about how to communicate what you want most clearly, and stops you from trying anything too complicated, which can be useful to help you improve, but is also a classic way to make mistakes.

I’m back home now, to a mercifully sunny Ireland, for an important vote and a few more days of rest before I get stuck into my emails on Monday morning!