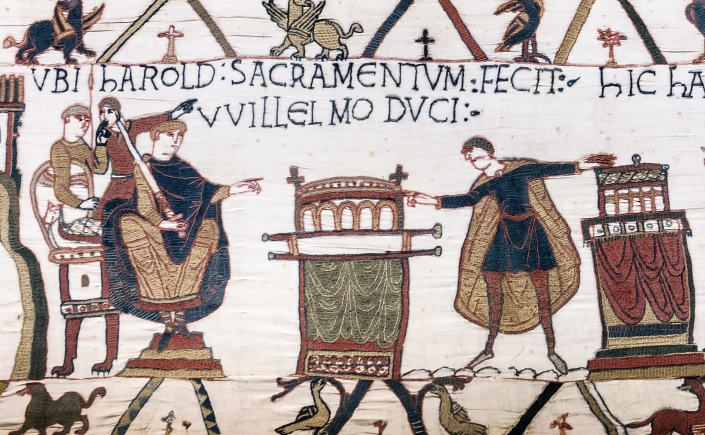 Vavasour. Never heard of the word?

Don’t worry, neither had I before this evening.

It’s been an interesting couple of weeks for me. I’ve learned a few new English words. First there was neck-verse, and now vavasour. Though this one has nothing to do with Shakespeare.

I came across it a couple of hours ago (though it seems to be a popular enough brand of wine from New Zealand). While on my way to view a house, I passed a sign for Vavasour Square. I’d never seen that word before (vavasour, not square), which is something I can’t say very often, in terms of English, at least.

I wondered if it might be an anglicisation of an Irish word, so looked to the Irish name in italics at the top of the sign, but no luck: Cearnóg Vavasour. At least the fact that the word is identical in Irish helped tell me that the word was a proper noun. Even if the Irish word was just a hibernicisation of a general English noun, it would at least have changed the spelling, Vamhasamhair or something like that (strictly there’s no V in the Irish alphabet, but there are no Irish words starting with the V sound, so I’ve retained the first V in this case). But the fact that the spelling wasn’t changed told me it was a proper noun (you’re not going to call a Frenchman called Pierre Peter, are you?)

As commonly happens with nouns which refer to someone’s status, the word became a surname, though there haven’t been many notable Vavasours throughout history. But at least one of them managed to become rich enough to have a small square in Dublin named after him. Or he became cruel enough for his tenants to murder him and have a square dedicated to his martyrdom in the cause of colonialism.

I could probably very easily look up the history of the name of Vavasour Square and discover the truth, but this is one time when I prefer to leave things to my imagination.