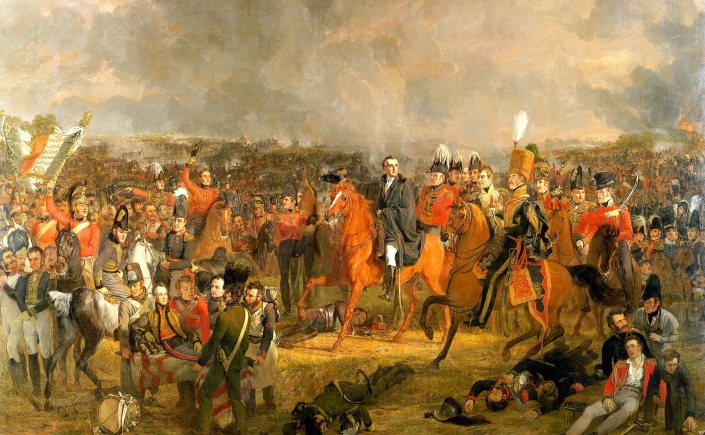 Using the phrase in general today, it struck me that the word general is of course a military rank. As I began to think about the meaning of general as a military term, I thought it might be interesting to look at the origins of military ranks.

Cadet: this also original meant younger son or brother, and comes directly from the original French word. It can be traced back to the Medieval Latin capitellum (little chief), itself derived from the Latin caput (head) from the Proto-Indo-European root kaput- (head). Kaput- will come up again.

Lieutenant: this also comes directly from French, and literally means placeholder (lieu is French for place, and tenant for taking/holding). Consider how we also use lieu and tenant in English. We can use the phrase in lieu of in lieu of instead of or in place of, and a tenant was originally someone who held land. Lieutenant was originally a general term for a second-in-command, who would take the place of a superior. The word is pronounced quite differently in American and British English. In American English, it sounds like lootenant, whereas in British English, it’s pronounced leftenant. This may be due to the Old French variant spelling of lieu, luef. Or, it may be a result of the fact that in Latin, a lingua franca when the word came into use, the letter V was used to represent both U and V.

Captain: Like cadet, also from the Proto-Indo-European root kaput- (head), which lead to various words meaning leader or chief in Latin and French. This root is also the origin of words related to the head or the concept of leadership such as cap and capital.

Major: originally short for sergeant-major, the major part is derived from the Latin maior, meaning large, elder, or adult. As with kaput-, you can imagine similarly-related words such as majority or mayor.

Sergeant: from the Old French sergent, meaning servant. It came to mean military servant, before becoming a general rank.

Colonel: for a long time as a child, I, like I’m sure many others, mispronounced this, assuming it was pronounced as it’s written. But of course, it’s pronounced like kernel, because it’s derived from the Middle French coronel. This term came from the Italian colonella, meaning commander at the head of a column, itself derived originally from the Latin columna (column/pillar). The English spelling was amended in the 1580s to conform to the Italian form, though the pronunciation remained the same.

General: where this all began, and pretty simple – it’s a short form of captain general, as a general was in charge of a whole army.

Admiral: when thinking about this one, I guessed there had to be some link with the verb to admire. But in fact, the word comes from the Old French amirail (Saracen military commander), in turn derived from the Medieval Arabic amir (military commander, later Anglicised as emir). The addition of the D in English is probably due to an assumption, long after the origin was forgotten, and just like my own, that the word was linked to the word to admire.

10 thoughts on “Placeholders and Little Chiefs: The Meanings of Military Ranks”